Ice Gouges in the Caspian Sea 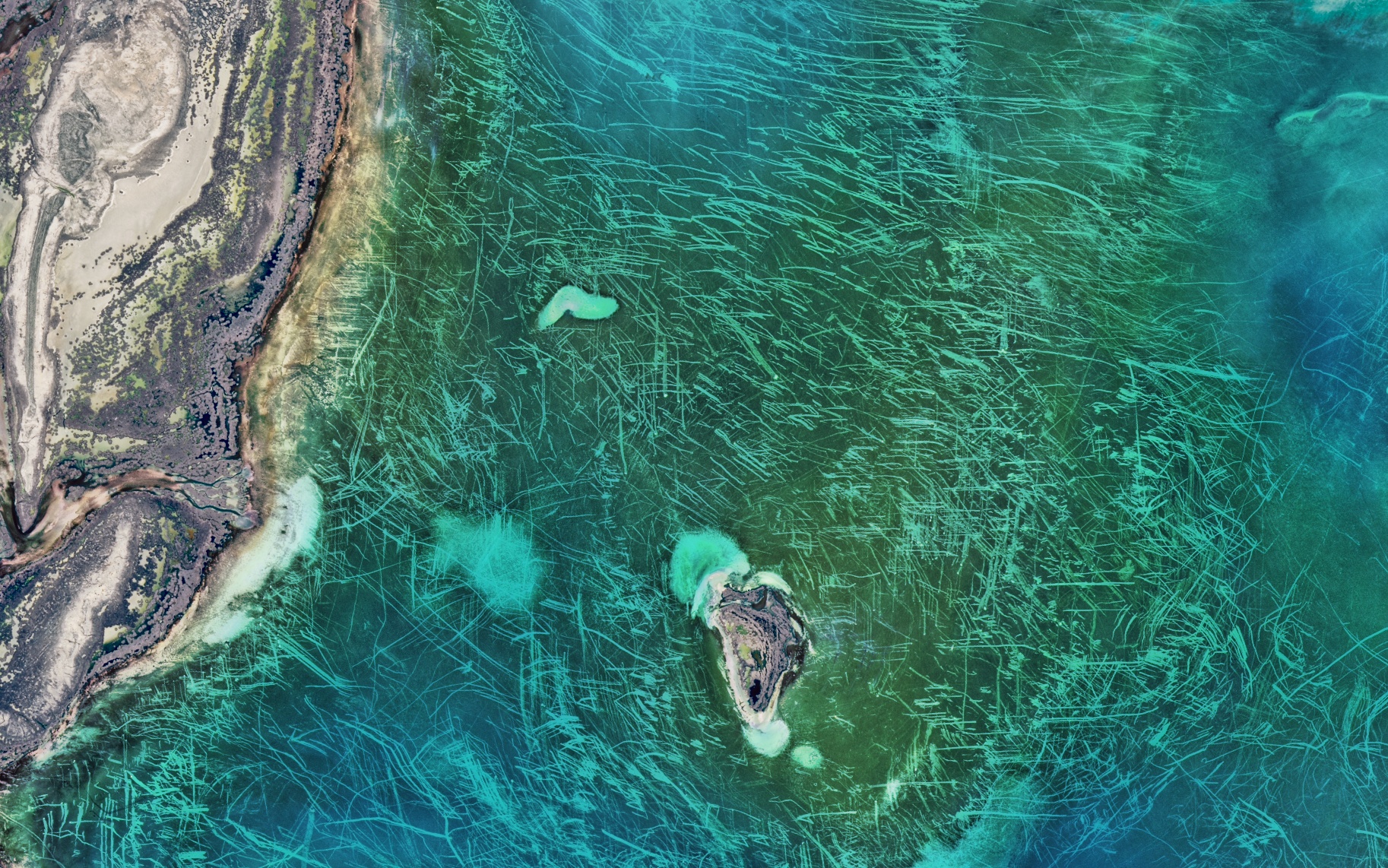 These lines on the floor of the Caspian Sea in the Tyuleniy Archipelago were gouged out by ice. The scene was recorded by Landsat 8 / OLI on April 6, 2016. Below is a comparison of the April 6 data with a Landsat 8 scene collected two and a half months earlier. The ice chunks that caused some of the gouges are clearly visible.

A large version of the January 17, 2016 Landsat 8 scene is also available.